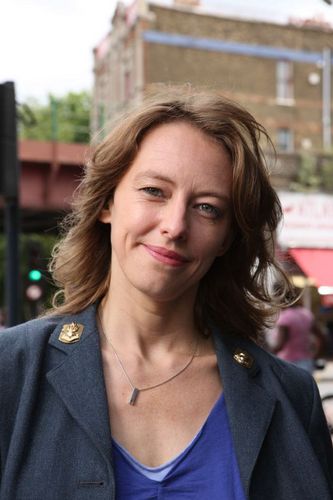 Rosie Wilby is a comedian, writer and podcaster. Her new book, ‘The Breakup Monologues’, is based on the podcast of the same name. It’s non-fiction and looks at sexuality, stories, dating….breaking up.

We talk about why the idea for the story changed as she worked on it, why she used ideas from fiction to plot and plan it, and how it’s now affected her podcasting.

You can hear why pets keep her going, how exercise helped her ideas, and as a comic, why lockdown was actually sweet relief to get work done.

Rosie has appeared many times on BBC Radio 4 programmes including Woman’s Hour, Loose Ends, The Human Zoo and Four Thought, and at major festivals including Latitude and Glastonbury and in the finals of several major comedy competitions.

Her first book ‘Is Monogamy Dead?’ was shortlisted for the Diva Literary Awards 2017, long-listed for the Polari First Book Prize 2018 and followed her TEDx talk of the same name. Her trilogy of solo shows investigating love and relationships began with The Science of Sex, which has been performed all over the UK, in New York, Los Angeles, Sydney and Berlin, and ended with The Conscious Uncoupling, which toured to venues including London’s Southbank Centre and was shortlisted for Funny Women Best Show.